The Future is Video 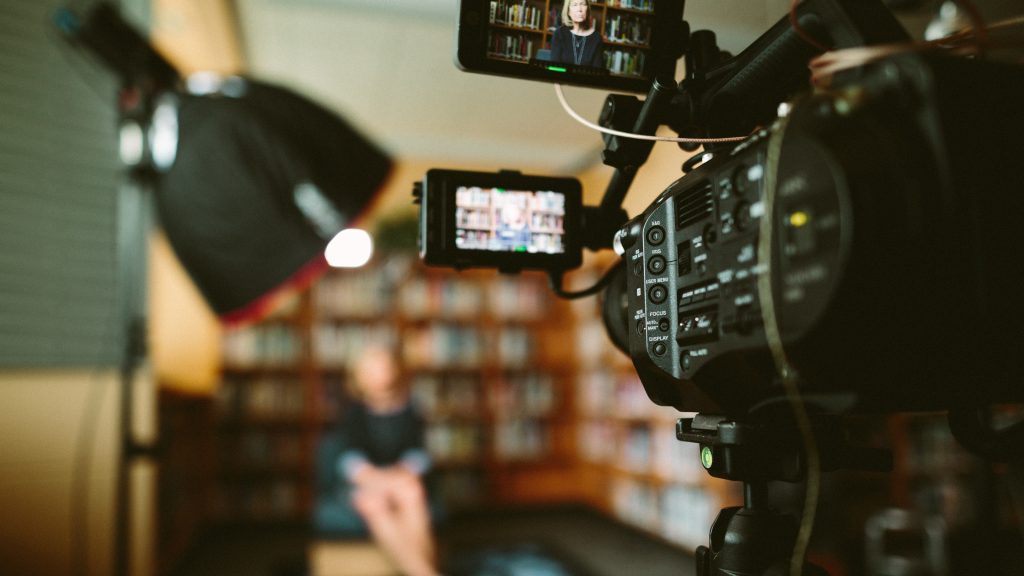 You may not have noticed, but it is nearly impossible to go a day without seeing at least one video. They are playing in the grocery isles, on the pumps at gas stations, in the lobbies of various establishments, and, of course, all over social media and the internet.

You may be wondering whether or not you are already too late to jump in on this video trend; the answer is “no.” Every year, YouTube reports that mobile video consumption at least doubles. And this year, the amount of time spent on YouTube is up 60% compared to last year. It turns out, people are searching on YouTube and skipping Google altogether! And these growth rates show no signs of slowing down.

According to Cisco, online video will make up 80% of all online traffic by 2021. So, if you haven’t already included videos in your marketing campaigns, it’s the perfect time to start!

Why are Videos Rising in Popularity?

Smart Technology is Everywhere with Everyone

Gone are the days of waiting on the postal carrier for news, printing out driving directions with MapQuest, or waiting until the evenings and weekends to call your friends. Now, everyone has a miniature computer that fits in the palm of their hand to grant them instant access to information and resources around the globe.

Even in low-income areas and emerging economies, mobile phones and smart devices are becoming increasingly popular. In every country, at least 75% of people own a mobile phone, with 59% of people worldwide owning a smartphone.

This leads to connections and content creation from people who, 20 years ago, had no communication with anyone outside of their local community. It allows for more access to information and resources, and creates a larger audience with more potential customers.

Everyone is already used to digital content and spends so much time virtually that it makes sense to advertise to them in this format. In fact, research has found that over two-thirds of people would rather learn about a new product or service in video-form, compared to text-based articles, infographics, presentations, or even ebooks. Plus, 64% of consumers are actually willing to make a purchase after viewing a branded video on a social platform.

As people traditionally don’t like to be advertised to, marketers are learning to streamline their advertising into native ads on social media–targeting consumers where they already are–with 87% incorporating videos as a valuable marketing tool. And the results speak for themselves! 83% of marketers say that videos yield a positive ROI, with 52% stating that video content provides the highest ROI.

From 1986 to 2011, the amount of information an American took in every day increased by 5 times! And in 2019, that number has only skyrocketed.

Our brains can only process about 120 bits of information per second. With all of the content being thrown at us, it’s no wonder that marketers are finding it harder than ever to capture their audience’s attention.

Some people blame it on society’s shrinking attention span, likening it to that of a goldfish–about 8 or 9 seconds. But is that really the issue, here?

With so much information vying for attention, people are nowadays more selective with where they place their viewership. So, attention spans aren’t really shrinking to 8 seconds–people are simply taking that amount of time to determine whether or not the content is worth their time.

The old adage “time is money” literally applies here. With time so limited (ironically, in a world where technology is supposed to save time), people are deciding what to invest their precious resource into. If they don’t see a return of value in your video, why would they continue to engage with it? And their lack of engagement, in turn, decreases your sales and/or ROI for another call-to-action.

Videos show a much higher rate of engagement that traditional walls of text, with 81% of viewing sessions capturing viewers’ attention. They also show an increased rate of information absorption, with audiences retaining 95% of a video’s information, compared to just 10% of that in text-form. The biggest challenge is keeping your viewers engaged. You want to add to their viewing experience, rather than wasting their time.

Keep in mind, the most successful videos do not limit audience engagement to the videos themselves, but lead to engagement with the brand and, in turn, customer conversion. By attracting 3x more traffic, including a video on your website’s landing page can increase your conversion rates by 80%.

Where is Video Going?

As technology continues to improve and even more aspects of society become digitized, videos are starting to play an even bigger role in our lives. We already use videos to educate, advertise, inspire change, invoke emotions, and communicate ideas. But, what if there was a way our videos were not limited to only the digital or physical worlds?

Thanks to innovations of the last few decades, extended reality (XR) now allows us to combine the real with the virtual. What started off as military-, flight-, and medical simulations for the government and large corporations is now accessible to the average consumer.

And the possibilities for incorporation with marketing strategies are endless.

Consider advertising a venue with a virtual walk-through of the grounds. Or a product by placing it inside the consumer’s world, or even their hands. Videos already bring a form of immersion that neither text nor audio alone can provide, but incorporating the use of VR, AR, and MR will maximize the level of viewer engagement.

People are starting to understand the potential of video; but, right now, we are barely scratching the surface.